"Who's Piloting This Podcast?" is a show about pilot episodes of television. It all started when we decided to watch the first episode of Cheers on a whim, and discovered that there was a world where Norm and Cliff had to be introduced and explained to a world that had not met them yet. From that moment, we've begun to explore the first episodes of some classic hallmarks of television and found characters that were quickly written out, actors swapped after the first episode, and many cases where core characters hadn't yet been written in yet.

Join Gretchen, James, and a variety of special guests as they share a beer and learn a little bit about television history.

Got a pilot you think we should watch? Maybe you've got a compliment, comment, or insult you'd like us to play on the show? Give us a call at 323-NET-INFO and leave a message with the podcast services department! 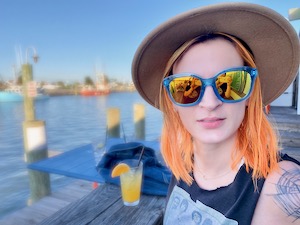 Gretchen is a beauty-school dropout who loves fashion, food, New England IPAs and tattoos. She works in the technology field and daydreams about swimming with manatees.

She loves The Three Stooges, I Love Lucy, Parenthood, and Gilmore Girls. 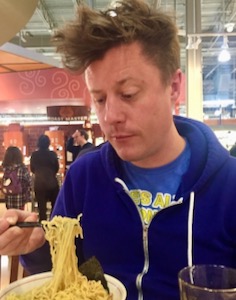 James is a failed filmmaker, craft beer ethusiast, and occasional musician. He also works in the technology field for clients who don't know he has a podcast.

His favorite show as a kid was the A-Team and when he grows up, he would like to be B.A. Baracus.