In our worst episode yet, we take a look at a pilot that never made it to air. Heat Vision and Jack!
In one hot stinker of an episode, Gretchen and James take a look at 1999's failed pilot "Heat Vision and Jack". Staring Jack Black, Owen Wilson, and Ron Silver, the show was written by Rob Schrab and Dan Harmon, and was directed by Ben Stiller hot off the success of "Something About Mary". In spite of a serious pedigree and an abundance of talent, the pilot was declined by both ABC and Fox and never made it to air. Traded for many years as in bootleg VHS copies, the episode finally made its way to YouTube where it gained a cult following.

In this podcast, James tries to explain the plot to a very bored Gretchen as she daydreams about drinking and watching something entertaining. We drink a Victory Sour Monkey ale, get off on a tangent about the extreme mini golf show Holey Moley, and take a listen to messages from our fans. 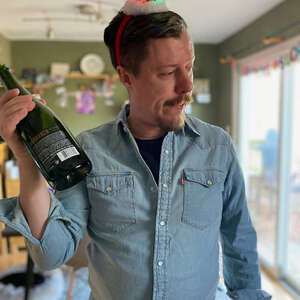